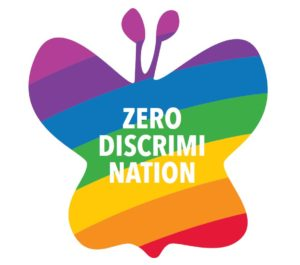 Women living with HIV have received a lot of the culpability, which leads to them being rejected and discriminated against their whole lives. Men are more efficient to transmitting HIV to women than women are to men, and they are more vulnerable due to biological vulnerabilities, low socio-economic status and also relevant, the dominant sexual practice of men. For these reasons they suffer more of the stigma, and because HIV is linked to sexual misbehavior and ‘promiscuity’ it often leads to them being referred to as ‘prostitutes’ or ‘diseased’ and being pushed away by their families and communities. According to UNAIDS, it also leads to them being largely ignored in AIDS relevant research literature. In addition, the UN reported that more than 50% of women in the world have made claims of violence against them. So the purpose of this day is to stand up against this stigma and raise calls for women and girls to have the right to live with dignity. But it is not just gender discrimination this day focuses on.

The celebration of Zero Discrimination Day appeared as a hope of promoting awareness to eliminate discrimination against all people. It helps create a movement of global solidarity to end all forms of discrimination and marks the importance of living life with dignity regardless of age, gender, ethnicity, skin color, height, weight…etc. The United Nations Progress Program reported that inequality is increasing for more than 70% of the world’s population, which magnifies the danger of division and sabotaging social and economic development.

Discrimination is not a small issue, and it does not happen in isolated events. It happens in all shapes and forms, and many times it is overlooked when it happens around us. We need to be informed and communicate, so we can recognize it and call it out. So many people have prejudices, and judgments against those who do not have their same beliefs, gender, race, sexual orientation… Discrimination is learned, not born with. Therefore, the issue is tackling the learning and teaching of these, and how to eliminate them, which is why having an open mind and being willing to accept differences in everyone around you should be normalized and shown. Just because people do not live their lives the same way you do, does not mean their way is wrong.

The problem with discrimination is that it is not discussed sometimes. The more we evolve and develop, the more we learn to accept those things that are new to us, but of course this is not the same everywhere, and for those who cannot open their mind to new ideas and concepts, this will never be accepted. For this reason, it should be more openly talked about and dealt with in general. Zero Discrimination Day helps bring this conversation to the table. This needs to happen everywhere in the world, so everyone can act.

So how can the message be spread? And how do we raise awareness on discriminatory practices and eliminate them? Nowadays with social media, its very easy to connect with people all over the world and know what is happening. This day is supported widely online, where people share their stories and photos to encourage more people to do the same. The symbol of this day is a butterfly, which represents us working towards a positive transformation, to promote a message of acceptance.

In celebration of Zero Discrimination Day, a lot of people contribute by posting on social media. Creating photographs, videos, and publications, spreading the word about discriminatory practices… these are all ways to create awareness, make the topic bigger and contribute to the cause of fighting prejudice. This helps people tell their stories, and spread the word, which creates more awareness and create more initiatives to end inequalities. It is important to be an ally and call out inequalities when we see them.

Everyone deserves to live their life with dignity and respect, regardless of their race, sex, faith, preferences, illness, education, and nobody has the right to tell them otherwise. This day raises awareness to this, and encourages people to spread the word, get the conversation started and make people realize that even though we might not always see it, discrimination is present in all aspects of life and society. Our goal should be to end this, and to make sure that even though there is still a long way to go, that society keeps making steps towards achieving equality in all aspects.

Women living with HIV/AIDS (WLHA), battling stigma, discrimination and denial and the role of support groups as a coping strategy: a review of literature (nih.gov)

Women living with HIV/AIDS (WLHA), battling stigma, discrimination and denial and the role of support groups as a coping strategy: a review of literature (nih.gov)

Zero Discrimination Day: Why We Must View Each Other As Equals | National Citizen Service (wearencs.com)