FAIR FASHION AT ITS FINEST: THE STORY OF NELLY OTENYO IBIS

Nowadays, fair fashion has become somewhat of a distinguished term that is being used ambiguously by the fashion industry. Though, the question that arises is often regarded as to the essence of how fair fair fashion actually is. Nelly Otenyo Ibis, the Founder of Angaza Creations Foundation, outlines and embraces the true meaning of fair fashion. With her wholesome and inspiring story, she has opened the dialogue on how her foundation has emerged over the years and how she has created positive awareness for artisan women in Kenya.

Founded in 2008, Angaza Creations provides an international platform for artisan women in various parts of Kenya, where handcrafted products are created which supports fair employment and ethical sourcing with every purchase. In the words of Nelly Otenyo Ibis herself, the foundation helps to “create a strong and traceable social impact for local artisans in Kenya by using the force of global commerce” and applauds “underprivileged communities […] for their work to compete on an international stage […] with global brands”. As was said by Ms. Otenyo Ibis, the foundation’s
main vision is to empower artisans through every product that they have created by transitioning from and shifting towards Aid to Trade. This initiative not only provides financial stability for the
artisans, but also encourages them to share their beautiful creations with the world and gives them
the possibility to achieve their greatest potential in life, such as independence. Moreover, providing financial training to artisans in order for them to start and grow their own enterprises outside of Angaza is something of which the foundation attaches great importance to.

This project has empowered the lives of artisan women – who are living in the informal settlement in Nakuru, Kenya – as it provided them with some sort of meaning. Ms. Otenyo Ibis points out that the women “see themselves as worthy” and that each time an order is placed, from Germany or even the USA, they are still astounded by how their creations have obtained such an international recognition.

Ms. Otenyo Ibis continues to acknowledge how essential the foundation has been for these artisan women in terms of dignified employment, financial independence as well as learning to put value to their work in the context of pricing their products.

Even though the project amplifies remarkable creations and puts efforts in conveying a positive message, Ms. Otenyo Ibis indicated that rural artisans have had various challenges that came their way which hindered their creativity, hard work and traditional artistry.

Specifically, Ms. Otenyo Ibis specified that these challenges include the artisan’s fear of failing and disappointing her or the client, last minute orders that lacked a clear specification, trends that were intended for a one size fit or were hesitant if there was a sudden change in the innovative processes as they were used to doing the same activity. In spite of the fact that the artisans have experienced such setbacks, they have surpassed their fears and apprehensions which has motivated them to continue their heartwarming craftsmanship. 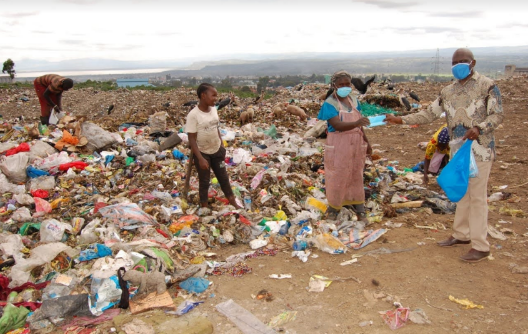 Angaza Creations also focuses on supporting education for children by paying school fees for children of artisan parents. The Founder charismatically stated that this initiative did not start by intention, but rather began because of the request she received from her local church. Ms. Otenyo Ibis told us a little story about the initiative that has been supporting children’s education – in collaboration with the church in Maastricht – and turned out to assist more than 500 children since 2008:

“I got a request in 2008 from my local church, that one girl had passed primary school but couldn’t afford high school fees. I shared it with my friends and one of them paid the whole year’s fees. Guess
what, the whole village showed up with their kids wanting to see

this church that pays school fees for kids.“

Due to the global COVID-19 pandemic, the foundation has suffered some delay in terms of logistics and experienced various challenges relating to sudden high-priced raw materials. Nonetheless, Angaza Creations has officially opened and is planning to ship worldwide from Maastricht, The Netherlands, as a result of a remaining stock supply (which was developed because of the handmade markets that were used to tour before COVID-19) and custom orders will be shipped directly from Nairobi, Kenya. Ms. Otenyo Ibis herself was nominated for the African Women Europe Award as the most outstanding woman during the Covid pandemic and she indicated that this was overall due to the fact that she never stopped promoting her brand and her inspiring story. In addition, the foundation has been officially registered during the COVID-19 pandemic after more than 15 years of running behind the scenes.

Forty-on year old Eva, a mother of four children living in Nairobi, Kenya, is a leading designer and one of the inspirational artisan women who works for the foundation. She mentioned how the work that she has been doing with Angaza Creations has impacted her life:

“Angaza has impacted my life in a very positive way, in that,
before Angaza came, I struggled to pay rent and pay school
fees. Not to mention that I [could] hardly afford to put 3

meals on the table.“

Eva also mentioned how the foundation has created an environment for team work amongst all of the artisan women and that over time they have become “a house that works together and solves each other’s problems in line with [their] art”. The freedom of creativity is something that has inspired Eva the most as Angaza provides a platform where she is encouraged to have a say in what creations she wants to work on. She talks about how every other day is a new experience and that one of the things that she appreciates is the designing for and dressing of celebrities, which results in her work, and that of the rest of the artisan women, being displayed on an international platform. 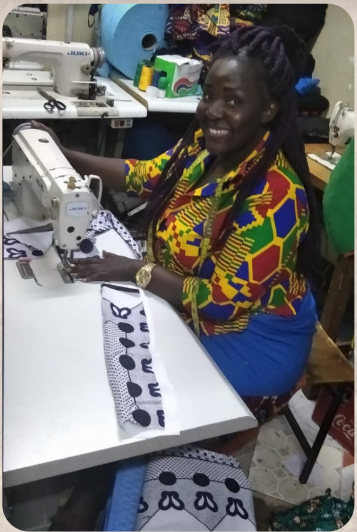 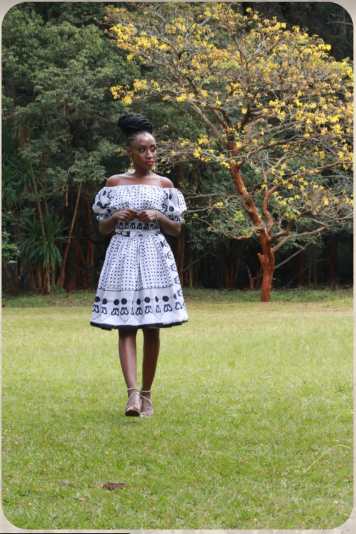 “Founded in 2008, Angaza Creations provides an
international platform for artisan women in

The most valuable experience and touching moment of the lead designer whilst working for the foundation was when Angaza Creations went out of its way to feed her community and provide masks on the onset of the COVID-19 pandemic. This not only showcases how involved the
foundation is with its society but also demonstrates how selfless Angaza Creations is. She continues to note that Angaza “is always looking after people who are disadvantaged in one way or another” and that the foundation trains and creates opportunities for the locals so that they can be more independent. Eva pointed out that the Aid to Trade initiative is one powerful Angaza slogan and that it has shown the artisan women how to make money instead of being dependent on aid; it has taught them how to “fish instead of having the fish given to them”. 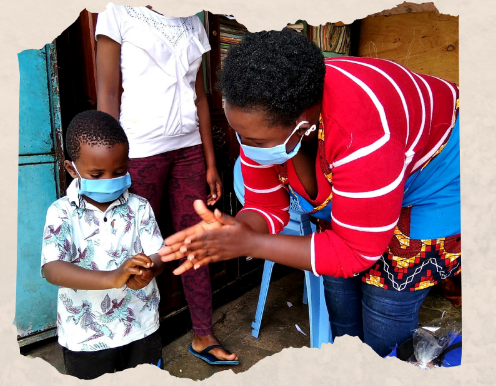 Though, the global COVID-19 pandemic has affected 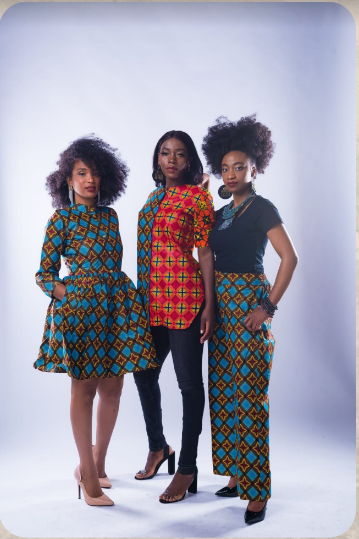 the world, and therefore also Angaza Creations and the artisan women. Eva mentioned that it halted production in a lot of ways. Even though they have manufactured plenty of products, the shipping costs have doubled and sales have been minimized. However, despite the fact that business was different than usual, Angaza still received orders from far and wide. After having worked for Angaza Creations for quite some
time now, having experienced the pandemic in full, and seeing what it has caused, Eva believes that stakeholders (e.g. the governments) could empower more women to become self-sufficient by funding more small businesses run by women. These women could then, in turn, also be trained on quality production,
finance management and marketing to increase their knowledge within their businesses.

Fair fashion is not always fair, but with her foundation,
Angaza Creations, Ms. Otenyo Ibis perfectly
demonstrates how fashion should be made more
accessible, encouraging and, above all, fair. She will
keep on inspiring women across the globe and
motivating others to raise collective awareness.
Especially with the Aid to Trade initiative, where
financial stability for artisan women is of great
significance, the foundation will keep on growing in
today’s society.