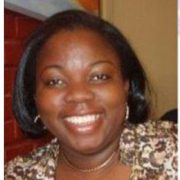 Adesola Adeboyejo is a Trial Lawyer at the Office of the Prosecutor at the International Criminal Court. She had also worked with the Victims Participation and Reparations Section of the Registry of the Court. Prior to joining the Court, she worked as Prosecution Counsel in the Office of the Prosecutor at the International Criminal Tribunal for Rwanda (ICTR) from 2001 to 2007, and as a Legal Adviser in the Investigations Division from 1999 to 2001. Mrs. Adeboyejo served as Prosecution counsel in several cases at the ICTR. Prior to this she was the Legal Secretary to African Concern, an international NGO (1998) and ran her own law firm out of Lagos, Nigeria (1995 -1998).

Mrs. Adeboyejo lectures regularly, and has been both a panel presenter and trainer at the annual ICC Seminar and Training for Counsel. She has also participated in training investigators, prosecutors and judges in national jurisdictions. Mrs. Adeboyejo is a 1989 graduate of the Nigerian Law School.